When it comes to the top-rated fitness model, then the name of Sergi Constance pops up quickly. He has rocked cover pages of multiple fashion magazines. His muscular body set fitness goals for those who are serious about body mass and are ready to do anything to achieve these goals.

Who is Sergi Constance?

Modeling isn’t the only charm factor of Sergi; he is a founder of Aesthetix Era, a gym clothing brand. It won’t be a surprise to know that this brand is operated through 1 Up Nutrition sponsorship- a supplement company.

If you have a muscular appearance and are a fitness model, then your successful modeling career isn’t the only impressive thing in your life. You can go ahead with a startup circle around your passion, aka fitness and bodybuilding.

The magnetic body structure of this 32-year-old Spanish fitness model attracts both haters and supporters. Those who look closely at his body often wonder whether he gained all that body mass and tone only through his hard work in the gym, or is it the juice toning up all his structure.

If that’s what’s on your mind, it’s time to continue reading and start digging into this charming hunky’s body profile and stats and then find some facts related to his lifestyle.

Sergi Constance has 94 Kg weight, and his height is six feet one inch. He has been going on the fitness track for quite some time; he attained only 8 percent body fat. Remarkable!

Sergi runs a fitness channel on Youtube, where he has millions of subscribers. He motivates others to attain the same fitness goal as he did.

When it comes to supporting Constance, his fans point out his consistent training and diet routine. They believed that Sergi didn’t use steroids, but his bodybuilding passion made him stand out from the crowd. He is a fitness-conscious person whose determination is evident from his career and brand.

Did Sergi Admit that he used Steroids?

Constance appeared in many different fashion magazines where readers inquire about his diet, supplements, and steroids. He never directly said that he is clean, or he never used any steroids. However, he accepted that he couldn’t achieve this muscular body if he hadn’t been consistent in his diet schedule and exercise.

Before and After Transformation Picture 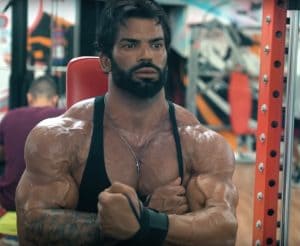 Social media offers the public freedom of speech. He has over 10 million fans collectively on Instagram and Facebook. People who followed his workout channels and custom fitness plan started asking him whether he was a natty or juiced to reach at this stardom level.

For a fitness model and trainer, this question is a big deal. People started inquiring about his over the years transformation to find out the reality behind his muscular body. To satisfy all those inquiries, he posted a before and after picture of 2010 and 2016. And that picture spread like wildfire on social media and the internet. It still made a good buzz on fitness channels and magazines in Spain.

You can notice that Sergi had toned up muscles in that picture even in 2010; it was not like he had a skinny body. The before and after photos show an incredible transformation but not a big one. He has tight muscles and veins even before starting to go with challenging workouts and diet schedules.

During an Interview with Fashion Magazines, when the interviewer asked him about his body. He said that he started noticing his big body and muscles from his young age. Therefore, he decided to take his body seriously and joined a gym where he enjoyed every second of his bodybuilding journey.

One thing that helps people to smell fishy transformation is a before and after picture. If a person is skinny or unfit in his before picture and suddenly gains volume and mass in the after photo, it’s a red signal through which people quickly figure out that he uses steroids.However, in the case of Sergi, things were quite not right.

He shared a before and after picture of 2010-2016 and got multiple negative comments from critics. People started saying that “He didn’t change much.”

People asked for before and after transformation pictures, but when they checked it, they got frustrated. It was hard for them to sense steroids in this transformation.

Despite critical comments, fans of Sergi Constance believe that his handsome looks and appeal are all-natural. And this before and after picture seems like ample proof.

It’s not like he changed suddenly and jacked in one or two years. His body didn’t change much over 12 years. So, what was the reason? Steroids? Of course, not. He must be thanking his great genes and his consistent routine for this achievement over and over.

What About His Picture before 2010? 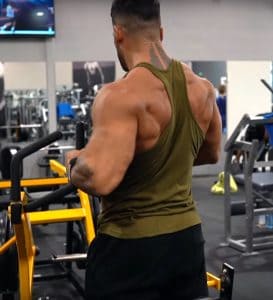 Criticizers started asking about his picture before 2010, about which he made it clear that his body has the same shape and size since the time he started weight lifting. If he is not natty, his body must have to be dramatically resized over time. But it didn’t happen. Those who use steroids enjoy a mind-blowing change in their size, and they always talk about this change on social media.

However, when you check social media pages, Sergi, you won’t see any dramatic changes. He kept sharing workout pictures and videos over all those years. Fans support him because they didn’t notice a drastic difference in his body over time.

An expert photoshopped Constance’s before and after transformation pictures, and that version is also available on the internet. In that version, an expert graphic designer blurred the 2010 image and presented his flat body structure. The purpose of this photographed version might be to show his drastic transformation or to make a point that he might have used anabolic steroids.

However, the real picture is the one shared by Sergi Constance himself. That picture is acceptable proof that he is natty who didn’t use legal steroids or human growth hormones to achieve this muscle mass.

Sergi is a celebrity who always has haters and supporters. According to his critics, one can quickly notice an enhancement in the l vascularity of Constance in his transformation picture.

A boost in vascularity is considered a sign that tells a story that a person is a steroid user. However, those in the fitness world know very well that some people have thick skin and thin versions.

There are some weak people whose veins become prominent even when they have fat in other areas.

If Sergi has become more vascular over time, then a good argument is his 3 percent fat decrease from 2010 to 2016. As his body loses fat, his vein becomes more apparent. I hope this point is good enough for haters who may decide to change their minds if they focus their thinking on this pattern. 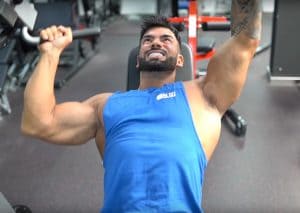 Many critics quote in their comments when they ask people to look at his up-tight shoulder. Indeed, Sergi is blessed with impressive shoulders; they stand out from the rest of his body structure.

When a person has a big blocky shoulder, it’s considered a sign of steroid use. As you know, deltoids have more androgen receptors in comparison with other body muscles. Thereby, a person on anabolic steroid then their delts and traps become more prominent and bulky. One point that critics missed during the analysis of the transformation picture is his traps. Steroids can bring a tremendous change both in delts and traps.

The critics only paid all attention to his blown up shoulder muscles and completely overlooked his traps( where there is no significant and apparent change ) A close look at his traps shows that they are small compared to the rest of the body.

So, what does it mean? The logic behind small traps and big delts lies in the genes of a person. So, his toned up shoulder muscles are all because of his genetics and challenging workouts. They are not the result of steroid use.

If he is on steroids, then development needs to be apparent both on his delts and traps.

What about Drug Tests During Competition?

A quick look at Sergi’s competition history made it clear that he appeared in NPC, WBFF, and IFBB competing events. These federations do perform some drug tests, but they are not rigorous. Therefore, it’s hard to say with surety whether Constance is a steroid user or natty.

All the accusations against Sergi Constance’s fit body and muscles have no valid proof and evidence. Therefore, he is known as natty among his fans and supporters.

This verdict has a strong base. Just look at his transformation picture, and you won’t notice any signs and symptoms of steroid use. He didn’t have flushed or dry skin as generally happens when a person uses Winstrol, tren, or Anavar. Look at his breast; there are no signs of Gynecomastia. His face is acne-free. No hair loss, inflated traps, or bloating are other signs that make him innocent.

Sergi Constance is a handsome fitness model whose big body results from his exceptional genetics and his years of hard work, which most people discredit by calling him a steroid-user.